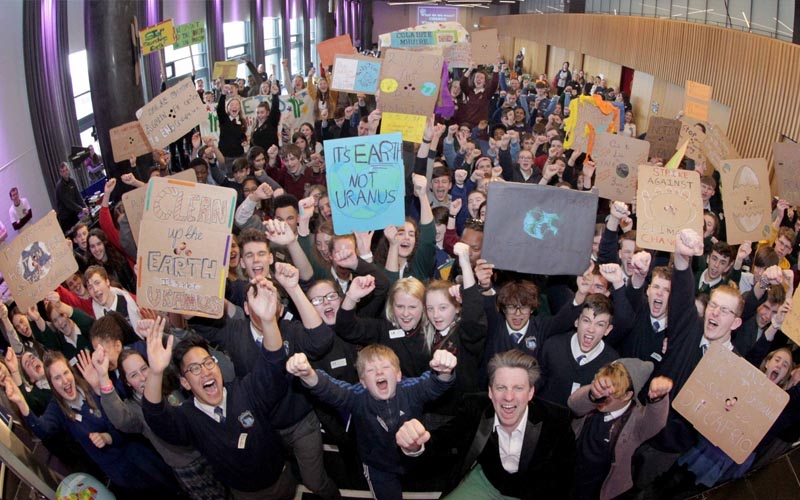 Only two out of five Irish adults believe the school strikes held by children to raise awareness around climate change and justice will actually make a difference.

More than 11,000 school children marched on Dáil Éireann last month as part of a worldwide environmental protest prompted by Swedish teenager Greta Thunberg. Following the march, five students appeared before an Oireachtas Committee on Climate Action calling on the Government to “take a leap” in response to global warming.

On Thursday, more than 350 students and teachers gathered in Croke Park to discuss the importance of teenage activism in affecting change on global issues and to hold their own “strike for change” holding up banners from the March 15th climate strike.

Research findings
While three out of five Irish adults were found to support children and young people in their call to action, researchers found only 41 per cent expected the demonstrations would be “fairly” or “very” effective while more than a third expected the strikes would be “ineffective”.

Of the third who did not believe the strikes would make a difference, 31 per cent believed the link between climate change and energy consumption was exaggerated while 12 per cent disagreed that the consequences of global warming were serious.

More than half of all adults surveyed said they did not feel a strong duty “to help those with less” than themselves.

The research, carried out by the Interactions group between March 21st and March 30th, was conducted among a national cross section of 1,004 adults (including parents) aged 18 and over. Age, gender, region and social class quotas were used in selecting participants to ensure a fully representative cohort of Irish adults, Interactions research director Claire Rountree confirmed.

“Our research focused on both adults and parents’ attitudes to the school strikes,” said Ms Rountree.

“These findings suggest that a third of adults believe the strikes would be ineffective. Which begs the question: Why are 60 per cent of parents supporting their children? Is it down to their social conscience or does it come down to good old-fashioned peer pressure from the kids?”

Source: “Only 40% of adults believe student climate protests will make a difference” – The Irish Times